We landed in Prague on October 20th at around 10 o’clock in the morning. Upon arrival, a chauffeur from the Emblem Hotel was waiting for us at the exit holding a sign with our name. He was a very nice and attentive man who immediately carried our bags and put them in the car. The car was a very comfortable Mercedes and the chauffeur entertained us the entire way, very kindly giving us information about the city, what to see and where to eat.

Once we arrived at the Emblem Hotel, we were delighted with its fantastic location. The hotel is ideally located right in the city center, next to the Old Town Square, next to the astronomical clock and very close to the Charles Bridge. We literally only needed to walk 5 to 10 minutes to reach the main attractions in the city. 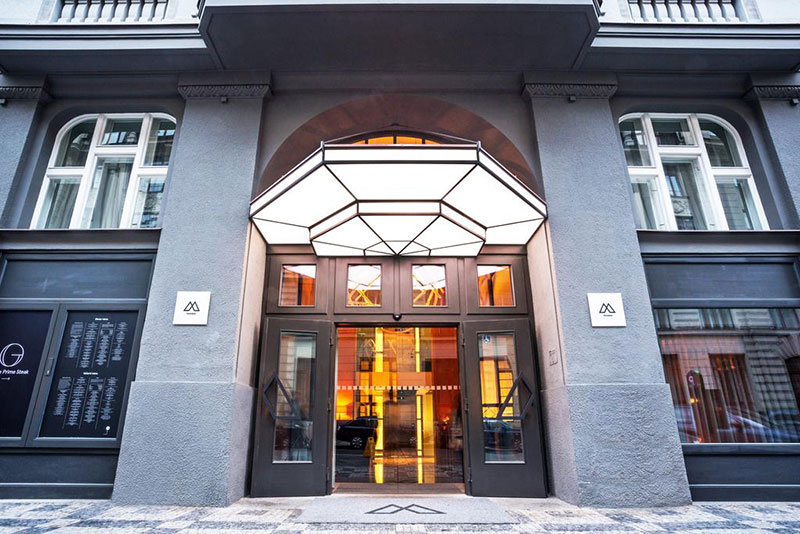 When we walked in, the hotel staff was waiting for us with a huge smile. We were invited to move into an area of the lobby where we could sit on comfortable sofas with minimalist decoration while checking in. David, the receptionist who looked after us, was extremely friendly and attentive, offering us all kinds of drinks and snacks while informing us about the hotel. 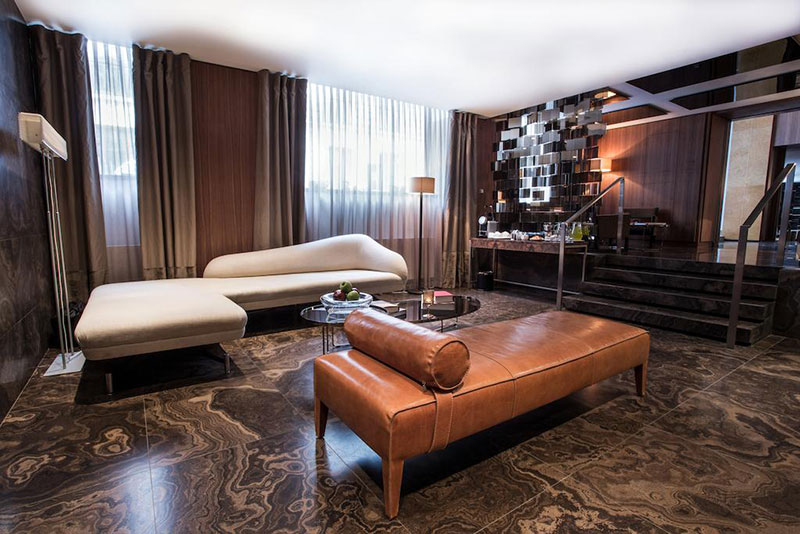 As it was still a little too early to enter the room, we decided to leave the suitcases in the hotel where they would be looked after and we set out to get to know the city. David gave us a map and explained all the points we should visit and recommended a few restaurants and cafes where we could eat.

It was a little chilly so we got on our coats and walked for five minutes until reaching the Prague’s Old Town Square. We had barely eaten breakfast, so we sat on the terrace of a cafe in the same square to have a coffee and get something to eat.

We were really surprised by the prices, the truth is that the food has great prices compared to the rest of Europe and it’s easy to get superb meals. Once we had recharged our batteries, we continued walking and visiting the main attractions in the city.

Prague is undoubtedly one of the most beautiful cities in Europe, which we had never been to before. The Charles Bridge has views on both sides that will literally take your breath away.

The Cathedral is absolutely majestic and the walk over to it is beautiful. When we were heading back at around 2 in the afternoon, we already felt hungry and decided to stop to get something to eat. We found a restaurant very close to the Cathedral that had spectacular homemade food.

We ordered a combination dish for two people with all kinds of meat and potatoes, so that we could taste a little bit of everything. 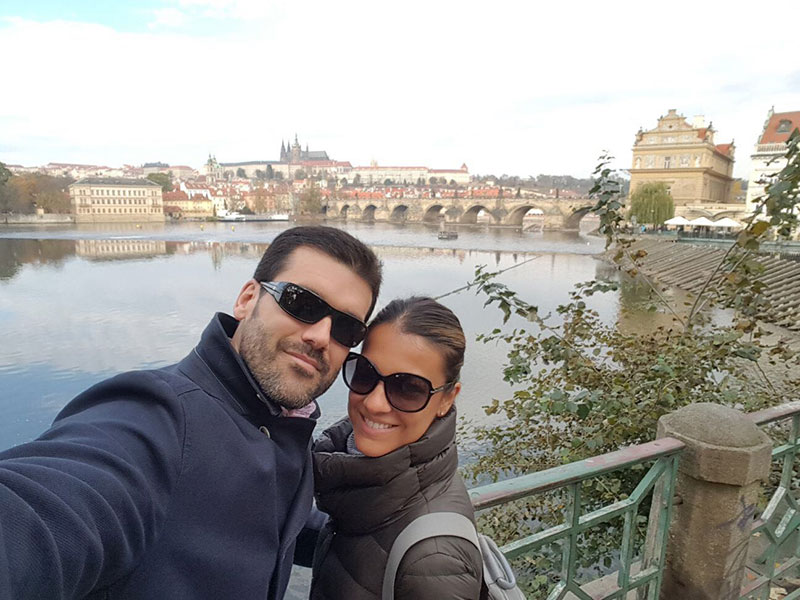 At 3 in the afternoon we decided to return to the hotel to get into our room and rest for a while.

We were so surprised at how cozy and clean the hotel was. You can tell it’s a family-oriented hotel where the treatment is highly personalized and attentive. The decoration is very modern and the furniture has been chosen with good taste.

We went up to the first floor where we found our large room, with a very comfortable double bed, flat screen TV, minibar, large closets and beautiful curtains. The bathroom had a bright and clean shower. 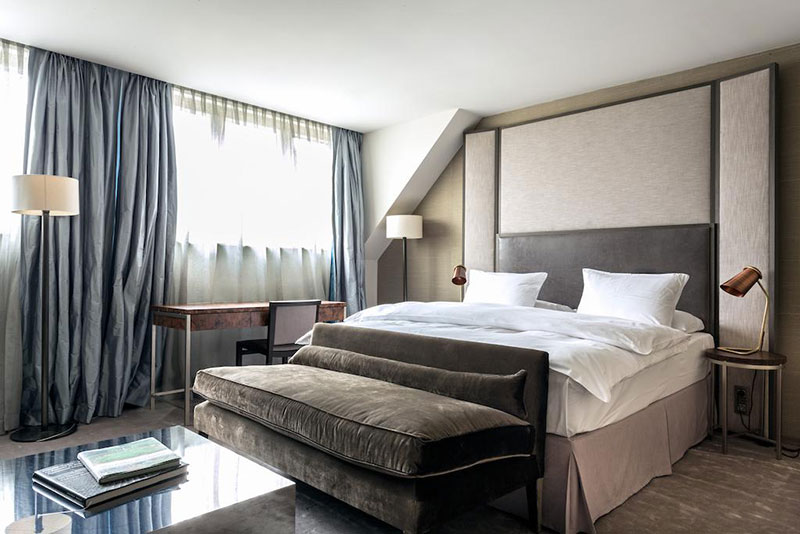 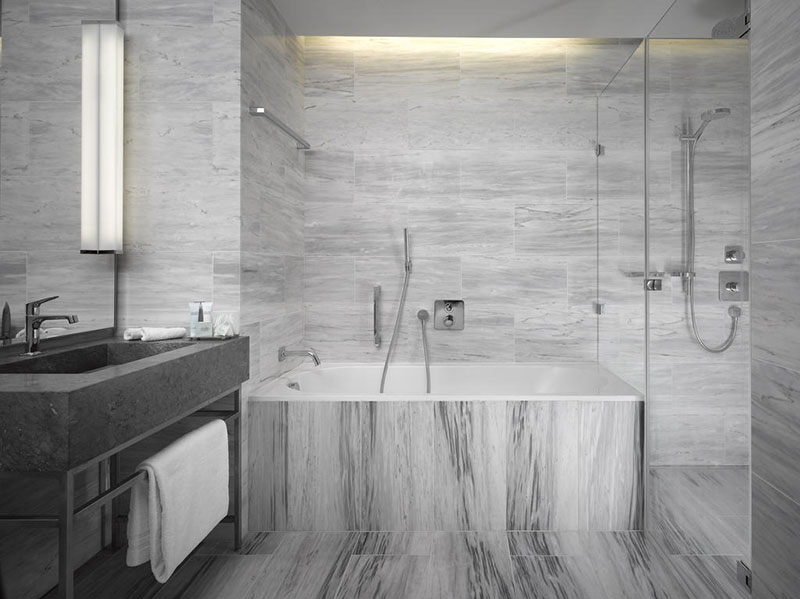 We were so tired and the room was so inviting, we decided to rest for a couple of hours to regain our strength and continue visiting the city in the afternoon.

At around 7 pm we went back out to go for a little walk before heading to dinner. We found a restaurant very close to the square that had live jazz music and we decided to give it a go because it looked great.

The restaurant was fairly big and had a really nice atmosphere. The specialty was the soup and the meat, so we decided to order Goulash, a very typical dish from Prague, and a hot chicken soup since the night made a hot dish even more tempting. For our second course we ordered a dish with different types of meat to share, and for dessert a delicious crepe.

After dinner we went for our last walk on the Charles Bridge, where we were able to take in the spectacular night lighting. There were people everywhere, Prague at night has a fabulous atmosphere and it’s really pleasant to walk through its streets.

Around 11 o’clock at night we went back to the hotel and decided to take a look around it since we didn’t have enough time during the afternoon.

We went down a floor to the Maharal Club, which is a space reserved for hotel guests with large rooms where you can have soft drinks, wine and teas. They have a giant flat screen TV and a large high table where you can sit and chat as a group while having a drink.

Right next door, there is a smoking room where for one hour and for 50 euros you can taste some of the best liquors and drinks from around the world. We had a couple of teas to help digest our dinner and went back to the room to watch a movie before going to sleep. 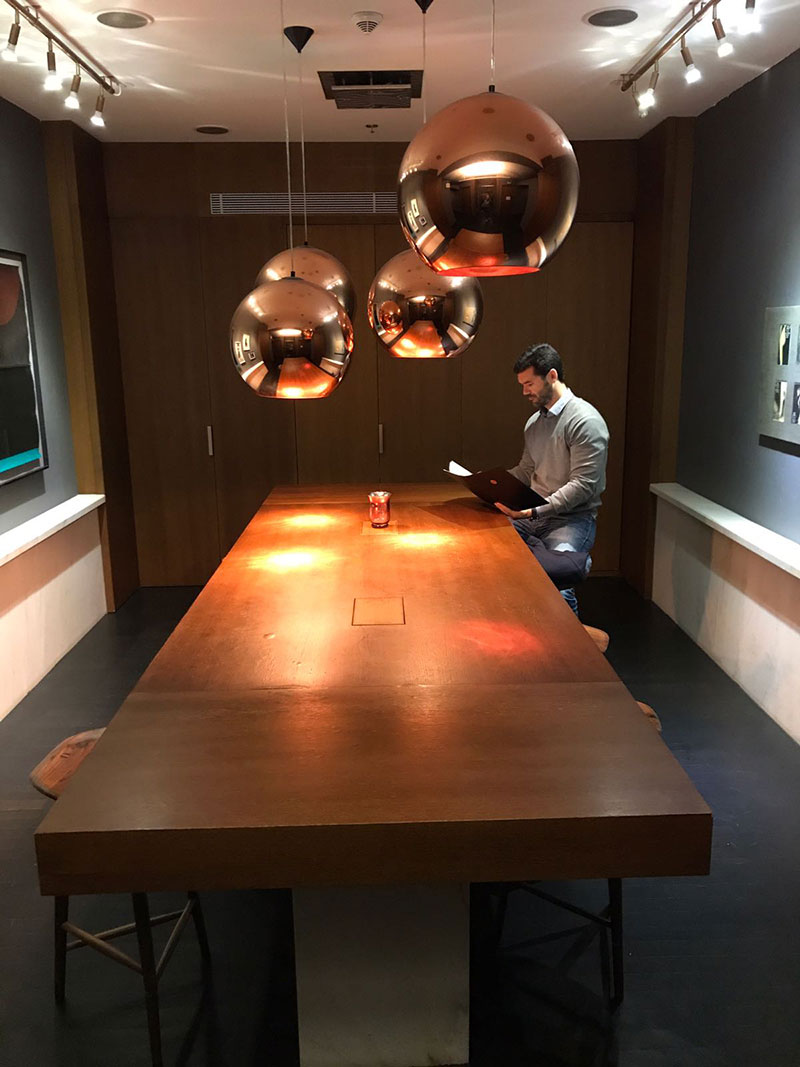 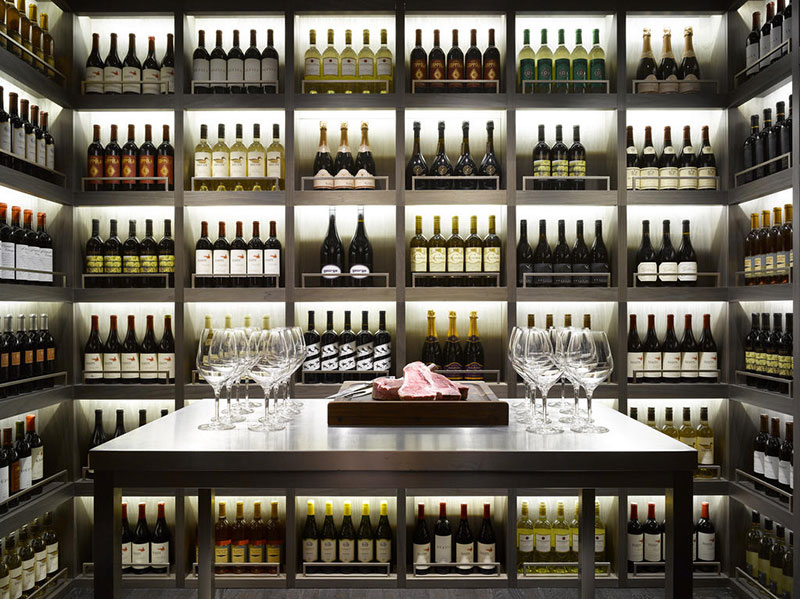 The next day we woke up early to take advantage of the day. We went down to breakfast at the hotel buffet. The breakfast room has a large assortment of savory and sweet food, and you can also ask them to make omelets and eggs depending on what you like.

The breakfast room is turned into a restaurant at night (George Prime Steak restaurant), where many people from outside of the hotel make reservations for dinner. They so highly recommended it to us that we decided to reserve a table for dinner that same night.

After making the reservation, we got on our coats and went out to see what was left of the city. We went to the Wenceslas Square where we found streets full of stores with all different brands and a variety of restaurants and cafes, and we also visited the Dancing House of Prague, which is a modern building that is definitely worth checking out.

For lunch we decided to change up the style of food a bit and went to a delicious burger joint very close to Wenceslas Square. We bought a few things and went into one of the most incredible toy stores that I’ve ever seen.

After lunch we returned to the hotel to rest awhile and try out the spa. The spa is a real treat and is right next to the gym, which is also very complete. We spent some time in the sauna that looked like something out of a film, and then spent a little more time in the pools.

After so much walking, the bubbles felt great. We had tea, took in the views from the terrace and went back to the room to shower and prepare for dinner at the hotel.

We were surprised by the restaurant’s decoration, it really seemed like another restaurant very different to the breakfast room from the morning. It was decorated with exquisite taste and was full of candles, which made the space pleasant and romantic. It is an excellent American-style steakhouse.

We were really well looked after by the entire team of staff who are incredibly professional and were always willing to do everything to our liking.

They have a great selection of Californian wines to pair with the meat and the bartender prepares delicious cocktails. Best of all is the presentation, they teach you about the different types of meats and cuts and explain the best way to prepare each piece.

After dinner we had a fantastic cocktail at the bar and took one last walk around the city before saying goodbye. 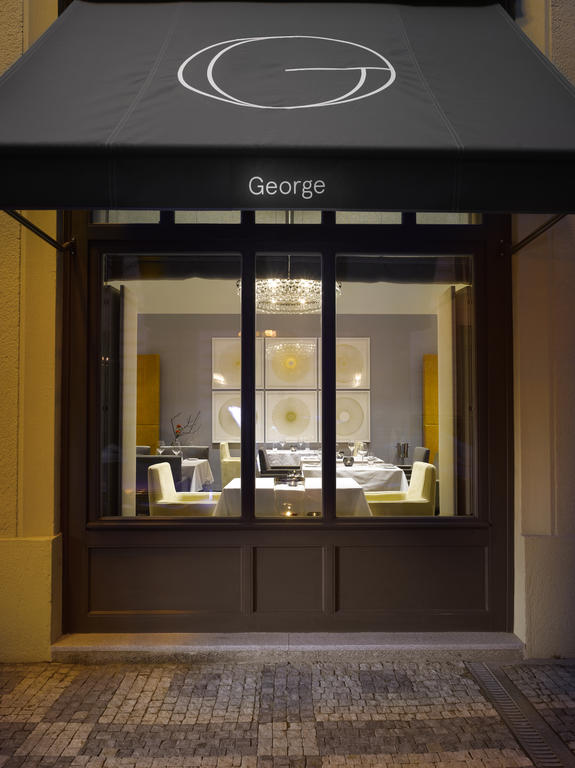 An hour later we returned to the hotel and told reception of our departure time in the morning. Our plane was leaving very early on Sunday morning, so the reception staff set up our transport to the airport and they wrote down what time to call us to wake us up.

At 6 in the morning we got our wake up call, we got ready, had breakfast for the last time at the super buffet and got in the taxi to go to the airport.

The hotel staff came to the door to say goodbye, the way they treated us was a sure 10/10. If we ever go back to Prague, we will definitely stay at the Emblem Hotel again.