Condor only accepts pets with a confirmed reservation that are traveling with a booked passenger. One pet per passenger in the cabin and/or in the cargo hold will be accepted provided there is enough space available. Condor reserves the right to restrict the maximum number of animals permitted per flight.

Please note that, from/to Cape Town, Dubai, Male (Maldives,) Mombasa, Nairobi, Sharjah, Barbados, Djerba, and Tobago, pets/animals may not be transported in the cabin (PETC) or in the hold (AVIH). Passengers taking their pets/animals into the UK, Ireland, Sweden and Malta have to comply with stricter regulations involving blood tests and hepatitis inoculations.

Which pets are allowed to travel on Condor flights?

The transport of dogs, cats and other domestic animals is subject to Condor’s consent. As required under EU Regulation 998/2003, Condor only transports dogs and cats within the EU if they are at least 4 months old, and, from unlisted third countries to the EU, only if they are at least 7 months old. The transport of young animals (aged between 8 weeks and 4 months) in accordance with the exemption to the EU regulation is not permitted on Condor flights, as well as the transport of sick or injured animals, or cats and dogs that either will probably give birth during the flight or gave birth less than 48 hours before the flight.

Are there conditions for transporting pets on Condor flights?

For dogs and cats being transported outside of Germany, an animal passport is required. The owner’s name entered in the animal passport must be identical to the passenger’s name. This document is valid in all member states of the EU and confirms that the animal has been vaccinated against rabies.

Animals may only be transported in containers that comply with IATA Live Animals Regulations, and the animal must be able to stand upright, turn around and lie down in a natural position in the cage. Condor’s check-in agents may refuse the transportation of an animal if the container is too small or fails to conform to IATA requirements. Containers must be sturdy and clean, with a waterproof floor covered with absorbent material. Also, there must be water and food containers.

Pets in the Cabin

Condor Airline only accepts a limited number of small animals in the cabin. Special reservations for pets transported in the passenger cabin can be made up to 8 hours before departure.

Passengers may bring into the cabin dogs and cats weighing up to 6 kg (13 lbs), including container. The transportation of birds or rabbits in the passenger cabin is not allowed. They must be transported in the cargo hold in an approved escape-proof transportation box. Also, guinea pigs, mice or hamsters cannot be transported.

The animal should not be able to stick its head out of the cage and is not to be taken out during the flight. The cage must be placed on the floor, in the passenger’s foot space. During the entire flight, pets must remain on the floor, in their closed carrier. The size of the carrier (ventilated and waterproof, lockable – available at pet shops) may not exceed the maximum measures for carry-on baggage (55 x 40 x 20 cm).

Pets in the Hold

Special reservations for animal transport in the hold can be made up to 48 hours prior to departure. When animals are transported in the cargo hold, the following information must be provided: weight of the pet including its container, the precise dimensions of the container, and, for dogs, the name of the breed. Special animal transport containers must be escape-proof, waterproof and ventilated.

Pet transportation costs are based on the following flight zones:

Passengers will be given an early bird discount (EBD) when registering animal transportation up to 30 days prior to departure. The following pets transportation fees apply on Condor flights:

Animals which have not been booked in advance will be subject to a €60.01 fee (one-way) if checked in at the airport.

For flights to/from the US, Condor also accepts Service Dogs trained by other associations or individually trained (you may be required to demonstrate the dog’s special skills at check-in) and Emotional Support Dogs (current documentation from the passenger’s licensed mental health professional is required).

Service Dogs are transported free of charge. Remember that an animal passport is mandatory according to EU guidelines. A Service Dog does not have to be put up in a transport container but may travel together with the passenger whom the animal is accompanying. For safety reasons, a muzzle must be carried for the Service Dog. 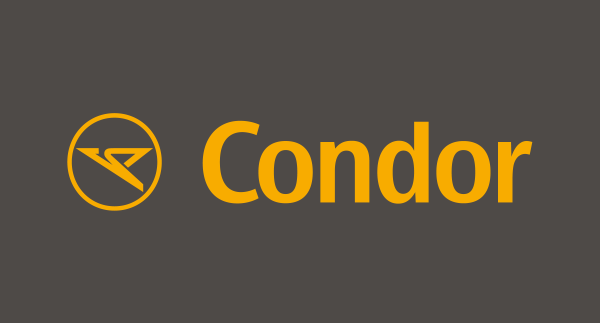